AN ASSESSMENT OF ZOOPLANKTON COMMUNITY AND PHYSICO-CHEMICAL PARAMETERS OF SAFARI ZOO LAKE, LAHORE

Zooplanktons are worldwide organisms which are present in every water reservoir. They are interlinked and shape up the whole community in the water bodies. Thousands of species of zooplanktons are found in the world. The present study carried out in 2019, presents a vivid picture of this community in Safari Zoo Lake, Lahore. It is a fresh water but manmade lake used for recreational values. Standard method of sampling was adopted. With the help of zooplankton mesh, zooplanktons were collected from lake water. Water samples were collected separately to study physico-chemical parameters. Total 45 species were identified from four major groups of zooplanktons including Rotifera, Copepoda, Cladocera and Tintinnids. Some of the species identified were rarely reported in the earlier researches. Our research not only identified each species up to species level but also explored the diversity and abundance. The physico-chemical parameters influenced the zooplankton population in the lake like turbidity, pH and dissolved oxygen as well as some biotic factors. The lake condition was eutrophic. The most abundant species among all groups was Brachionus calyciflorus (Pallas, 1766), a rotifer, which is well known as a bio-indicator. Its presence along with some other species confirmed the eutrophic state of lake. 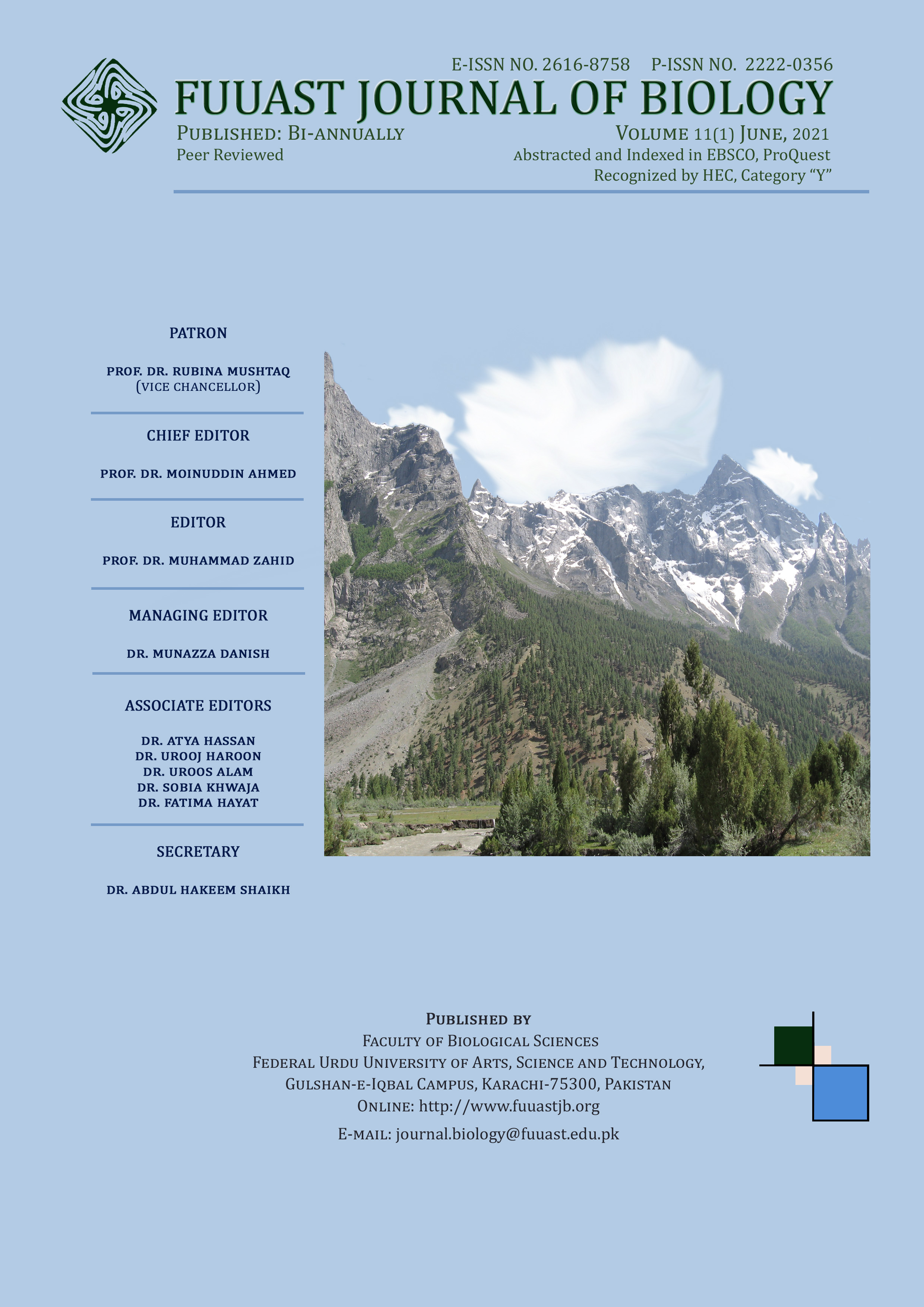